It wouldn’t exactly be correct to say I don’t like puzzles - not logic puzzles but traditional puzzles, where you’re putting something together that starts out as a bunch of little pieces.

I don’t know if it comes down to trust issues, looking at a box of 5000 tiny things and being sure somewhere deep inside myself that after sinking 6 hours into putting them together one piece is always going to be missing even from a brand new box, but it just never caught on for me as a hobby like Magic Eye or Blo Pens did.

But since quarantine began I’ve been working my way through a children’s book on machines. The result is that I’ve been aghast agape and mystified at how the technology we’re surrounded by has been working all this time, which got me wondering about circuits, which lead me to buying a beginner’s electronics kit from Tindie marketplace.

This is lil Scuttlebut. 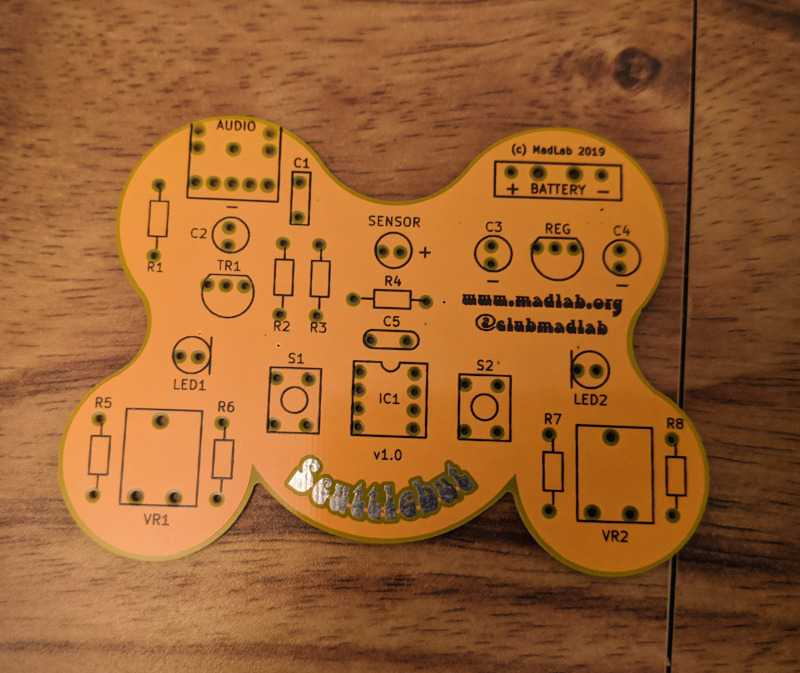 I built it alongside a friend who was also building a kit (one from the same maker, the Billy Bones) and learning how to solder. 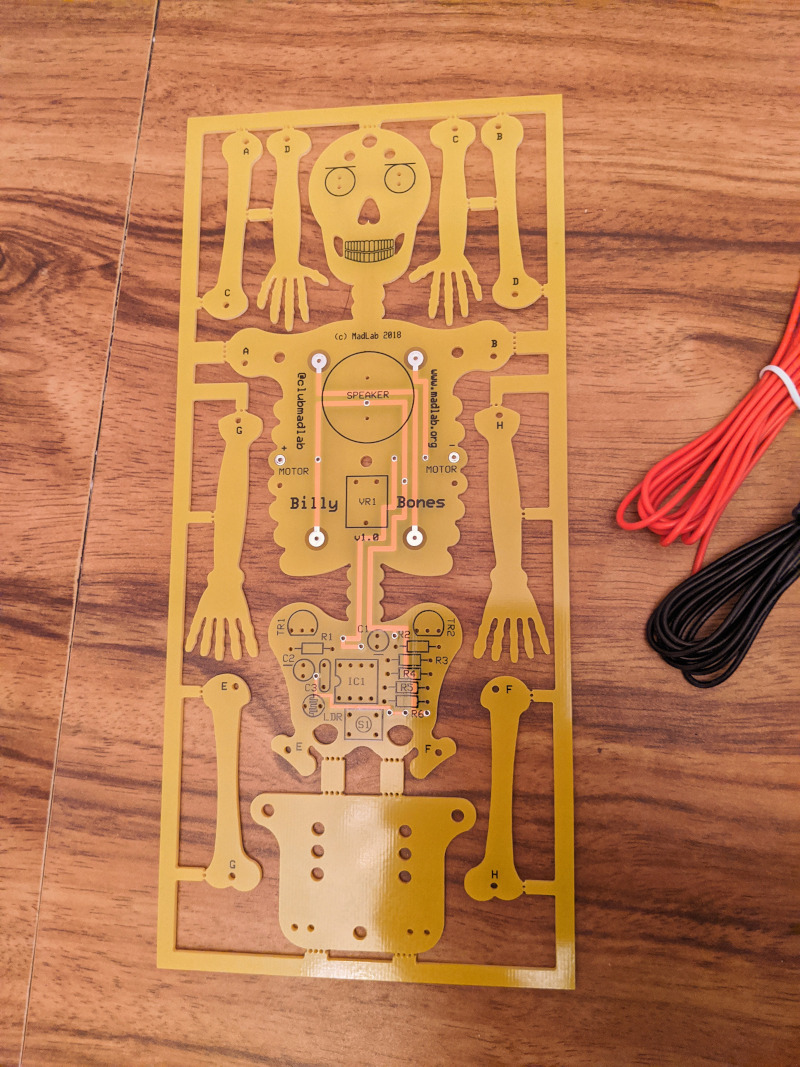 All in all, it was a really great time. 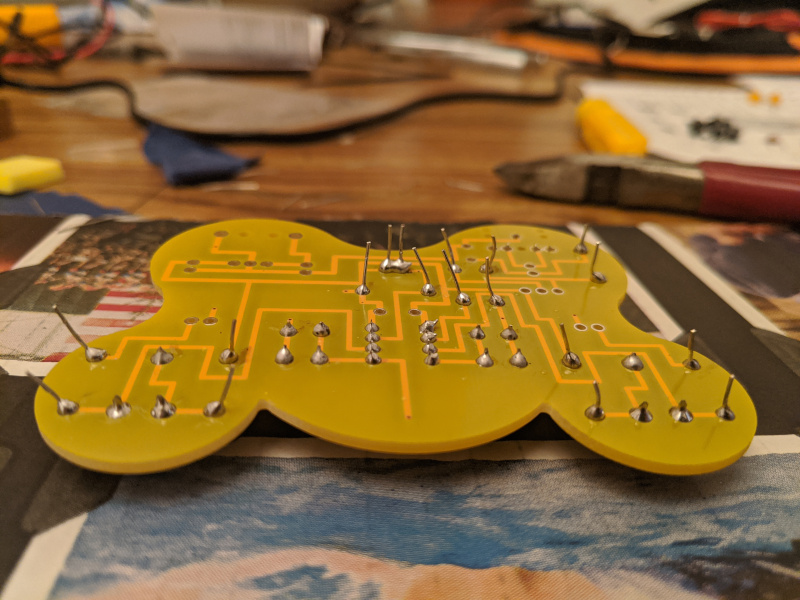 Despite the cat jumping up on the table when the door was left open and our total lack of experience with gluing metals together with metals, nobody got injured. Thanks to the great documentation for both kits and some YouTube instruction on soldering (and desoldering mistakes) both kits were fully functional by the end of the night. 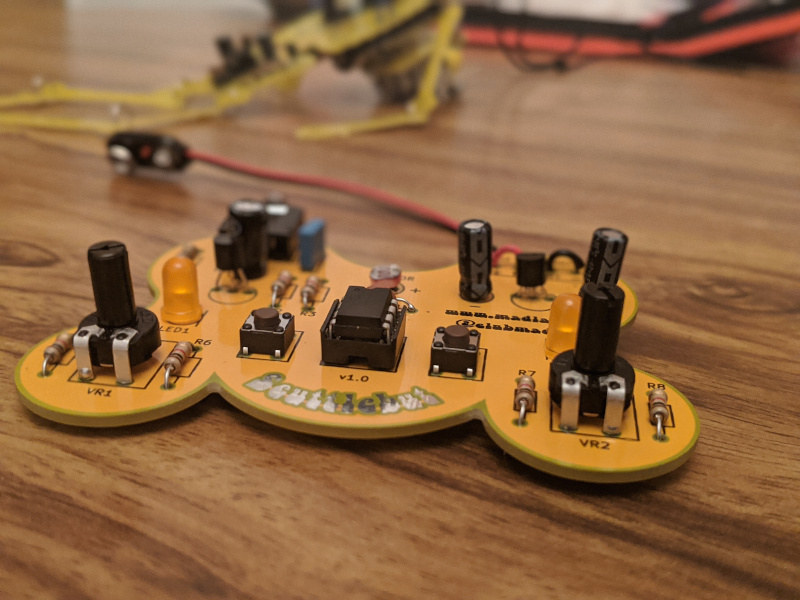 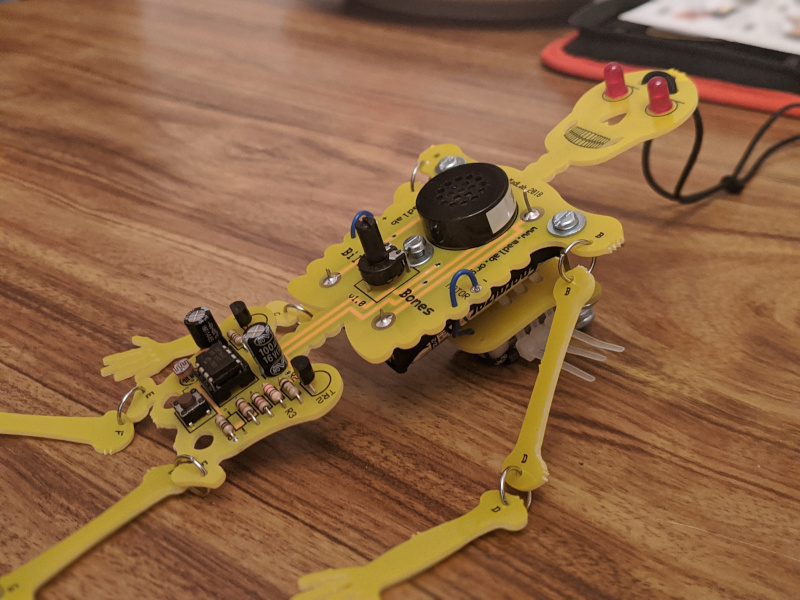 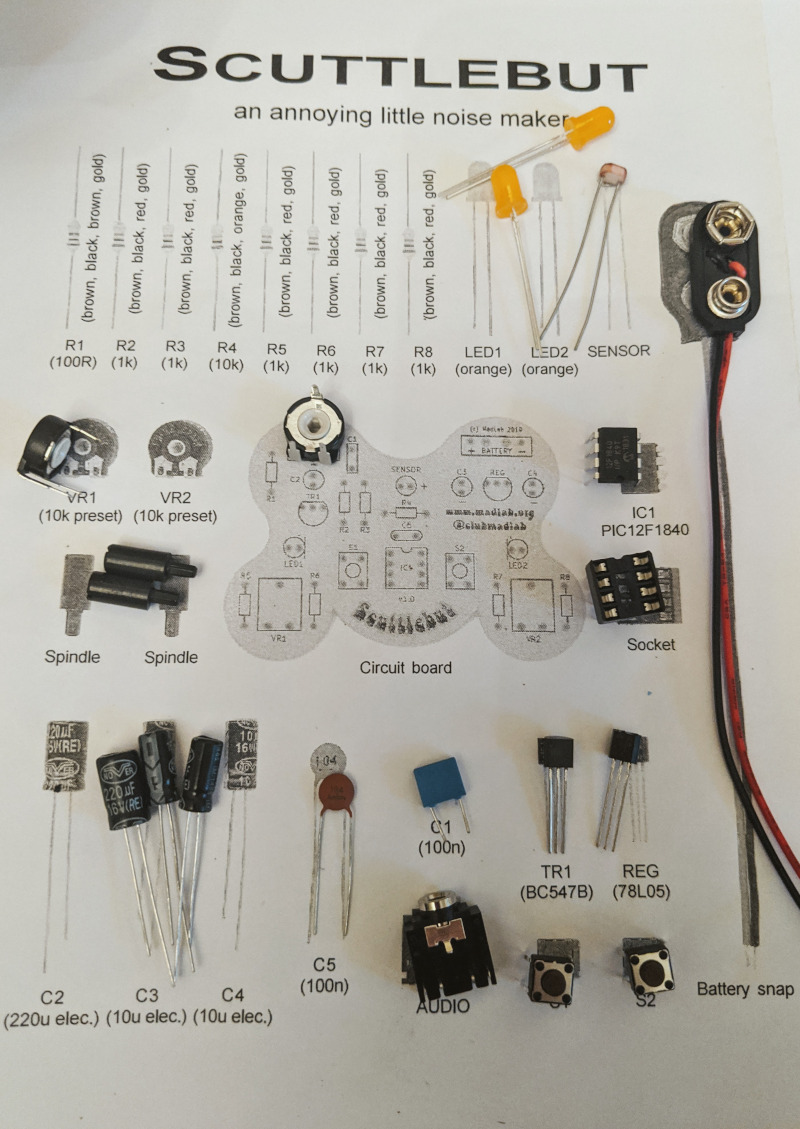 Part of the A++++ Scuttlebut instructions 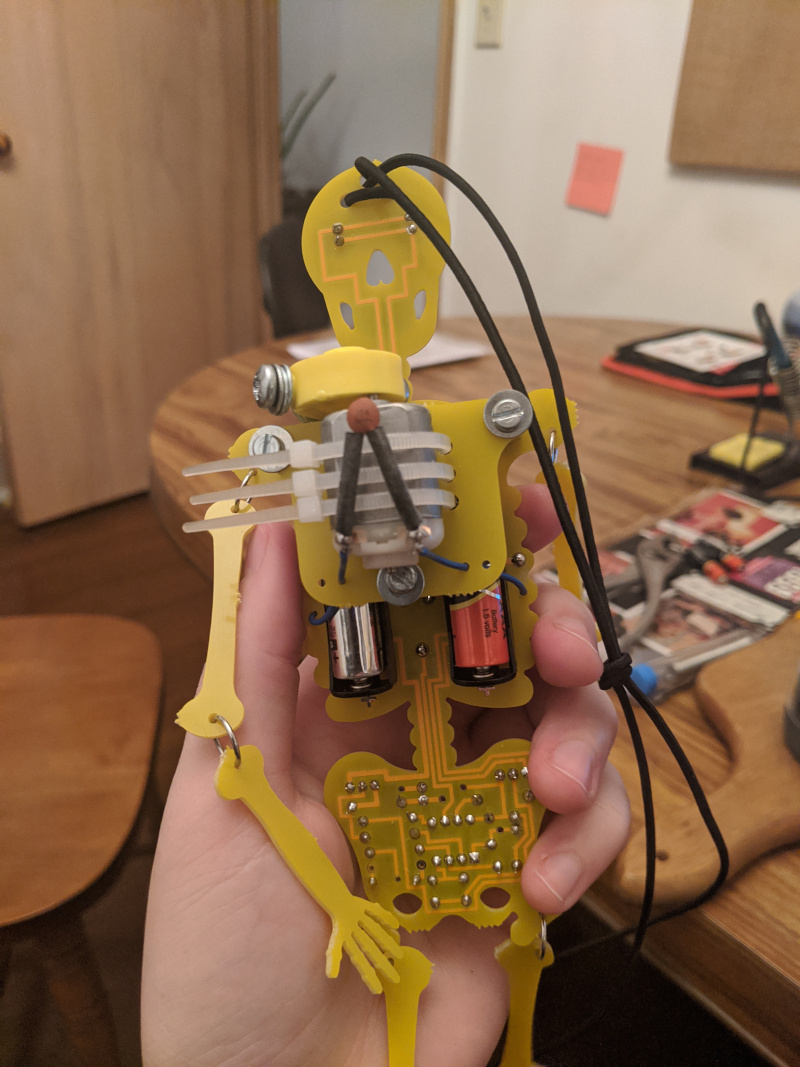 The slightly elaborate backpack on Billy, complete with homemade counterweight

Here’s a video of the Scuttlebut: https://youtu.be/0Gxr-csNrpc?list=PLx-blgAM8WS1WPo-eIeZ7E-h2cy_7UmY9

This was essentially taking a bunch of little pieces and putting them together, with the bonus of getting to look up what all the parts are for and make a bunch of cool/demonic noises at the end. Sometimes puzzles are alright. :)